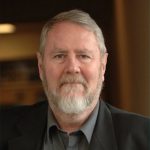 Rory McGreal is s the UNESCO/Commonwealth of Learning Chairholder in Open Educational Resources. He is a professor in the Centre for Distance Education at Athabasca University– Canada’s Open University based in Alberta, Canada. He is also the director of the Technology Enhanced Knowledge Research Institute (TEKRI). And, he is a co-Editor of the International Review of Research in Open and Distance Learning (IRRODL), and founder of the OER Knowledge Cloud. Formerly, he served as the Associate Vice President Research.
He was previously the Executive Director of TeleEducation NB TéléÉducation, a bilingual (French/English) province-wide distance learning network. In this capacity, Rory McGreal’s team implemented the world’s first distance education website, a learning management system and the TeleCampus, a comprehensive learning object metadata database of online courses. For these and other accomplishments, he was given the Wedemeyer Award for Distance Education practitioner in 2002.
Learn + 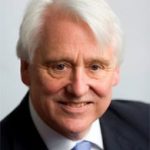 Alan Tait is Emeritus Professor of Distance Education and Development at the Open University UK. From 2013-2015 Alan was Director of International Development and Teacher Education, and before that was Pro-Vice Chancellor (Academic) at the Open University UK 2007-2012, and from 2004-2007 Dean of the Faculty of Education and Language Studies. He’s currently the Chair of the External Advisory Committee of the Department of Education and Distance Learning at Universidade Aberta.
Alan was Editor of the European Journal of Distance and E Learning (EURODL) 2005-2013, was from 1989-1998 Editor of Open Learning, was President of the European Distance and E-Learning Network (EDEN) from 2007-2010, and Co-Director of the Cambridge International Conference on Open and Distance Learning 1988-2013.
In 2012 Alan was awarded an Honorary Doctorate by Moscow State University for Economics, Statistics and Informatics, and appointed Visiting Senior Online Consultant at the Open University of China in 2013. Alan is founding Emeritus Editor of the Journal of Learning for Development, produced from the Commonwealth of Learning; Visiting Professor, Amity University, India; Distinguished Visiting Professor Open University of Hong Kong; Visiting Fellow of the Centre for Distance Education at the University of London; Visiting Professor at Aalborg University, Denmark 2012-2016; and transformation advisor for the Commonwealth of Learning at Botswana Open University 2011-2016.
Learn + 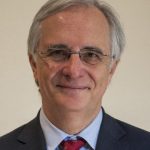 Carlos Delgado Kloos received the Ph.D. degree in Computer Science from the Technische Universität München and in Telecommunications Engineering from the Universidad Politécnica de Madrid. He is Full Professor of Telematics Engineering at the Universidad Carlos III de Madrid, where he is the Director of the GAST research group, Director of the UNESCO Chair on “Scalable Digital Education for All”, and Vice President for Strategy and Digital Education. He is also the Coordinator of the eMadrid research network on Educational Technology in the Region of Madrid. He is the Spanish representative at IFIP TC3 on Education and Senior Member of IEEE. He has been the Manager of ICT research projects at the Spanish Ministry and has carried our research stays at several universities such as Harvard, MIT, Munich, and Passau.
His main research interests are in Educational Technology. He has been involved in a large number of projects with European, bilateral, national, and regional funding. He has published over 400 articles in national and international conferences and journals and has further written a book and co-edited over a dozen. He has coordinated several MOOCs (on edX and MiríadaX). He is associate editor of IEEE Transactions on Learning Technologies.
Learn + 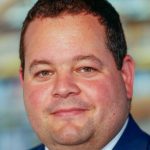 Willem van Valkenburg is working in educational technology since 2000. Currently he is member of the leadership of TU Delft Extension School and managing the production and delivery of all open, online and blended courses of the university. Willem is also Vice-President of the Board of Directors of the Open Education Consortium.
He actively blogs on www.e-learn.nl on education and technology and is a regular speaker at conferences around the world.
Learn +